Players will have a chance to catch themselves a Shiny Zapdos with Thunder Shock on the appropriately named Zapdos Day, July 21.

Announced by Niantic, the next themed Raid Day for Pokemon Go is the Zapdos Raid Day – which will of course give trainers the chance to catch the electric-style Legendary Bird Pokemon that made its debut in Pokemon’s Gen I

The chances of having a Shiny Zapdos on the Raid window is what make this oppurtunity really really rare for the trainers across the globe. The Pokemon Go Zapdos Raid Day will take place on July 21 – that’s next Saturday – and it kicking off depends on if the players participating in Pokemon GO Fest complete certain tasks set by Professor Willow. If they succeed, Zapdos day is going ahead. What makes this special Zapdos from Raid Day stand out is Thunder Shock. Shiny or not, the guarantee of getting a Zapdos with Thunder Shock makes participating in this event worthwhile. Thunder Shock has a great potential Damage Per Second – around 10 DPS (which is better than the regular zapdos and makes catching the zapdos even more worth it)– and when paired with Thunderbolt or Zap Cannon it can make for the optimum Zapdos setup. As such, it’s definitely worth trying to nab a Shiny Zapdos.

That’s it for now. 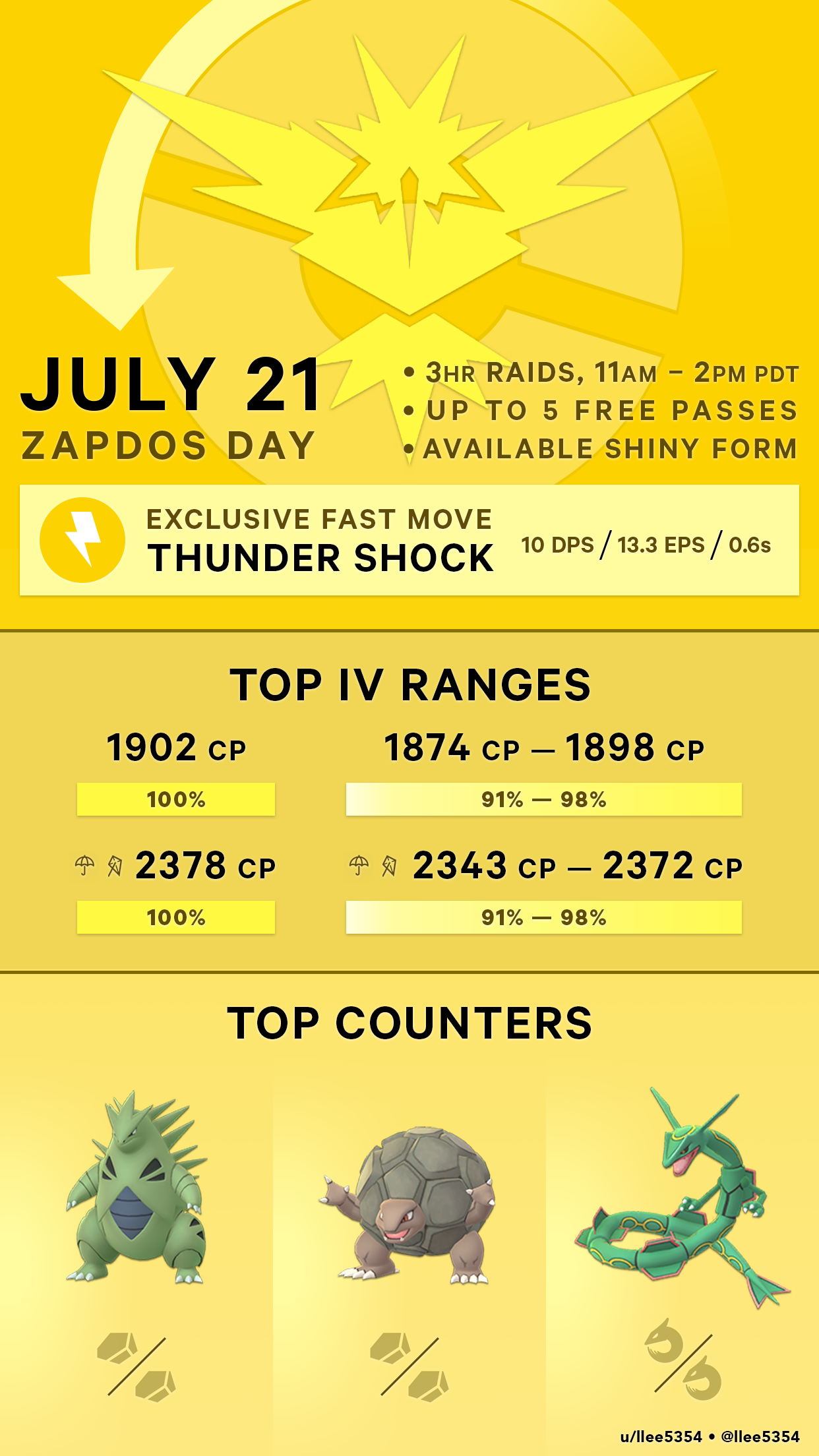