This page lists all the new Confirmed field research with the lists of Rewards provided for each quest, we’ll add new quests and rewards as we get confirmed report for it!

Few quests which are catching everyone attractions are getting a Chansey as a reward by Hatching 5 Eggs and a Dratini by winning a level 3 or higher raid. [As of now there are no reports regarding the Ditto as a Reward, Maybe Ditto Quest will be released in the later stage]

Let’s Dive in and discover all the quests and rewards!

The Dortmund Safari Zone Global Reward will be starting in next few hours. Check the PokeTimer for your Local start time: PokeTimer – Visit Here

Also Read: Go-tcha for Pokemon GO Review : An Alternative to Pokemon GO Plus

Evolution and Power up Tasks

Did you find any other quests and rewards? Please let us know in the comment section and we’ll add up it in the list 🙂 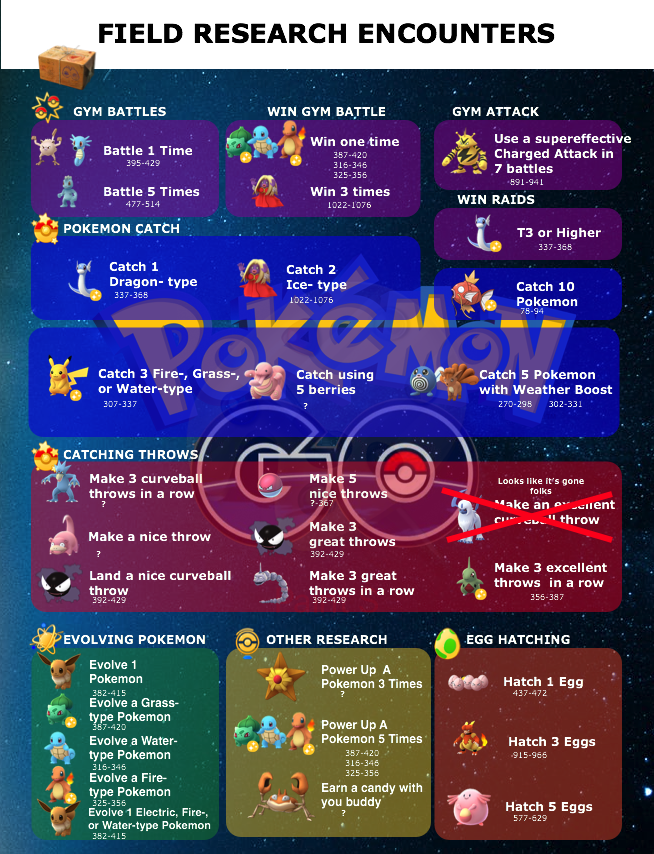