Ditto Can Now Hide As These 7 New Pokemon – September 2019

Ditto isn’t that important in Pokemon Go Metagame, So after collecting one for the Pokedex, most of the players have stopped caring about it. That all changed after Ditto when tracking Ditto became a mandatory part of few Special Research journey for catching the Mythical Pokemon Mew or it is a Meltan.

Ditto is usually hidden as Paras, Venonat, Hoothoot and few other common Pokemon and only reveals its true form after it is captured. Recently many Pokemon like Yanma, Sentret were removed from the Ditto due to the release of their shiny form but After many reports, it seems like Ditto got a new pool of Pokemon.

Starting this Morning, many trainers on Reddit began reporting that they had caught Dittos disguised as many new different forms. So after confirming all the reports here’s the complete new list of Pokemon.

Proof for all the above catches is shared at the end of the post.

We have also created a handy graphic which lists complete list of Pokemon in which Ditto can disguise. 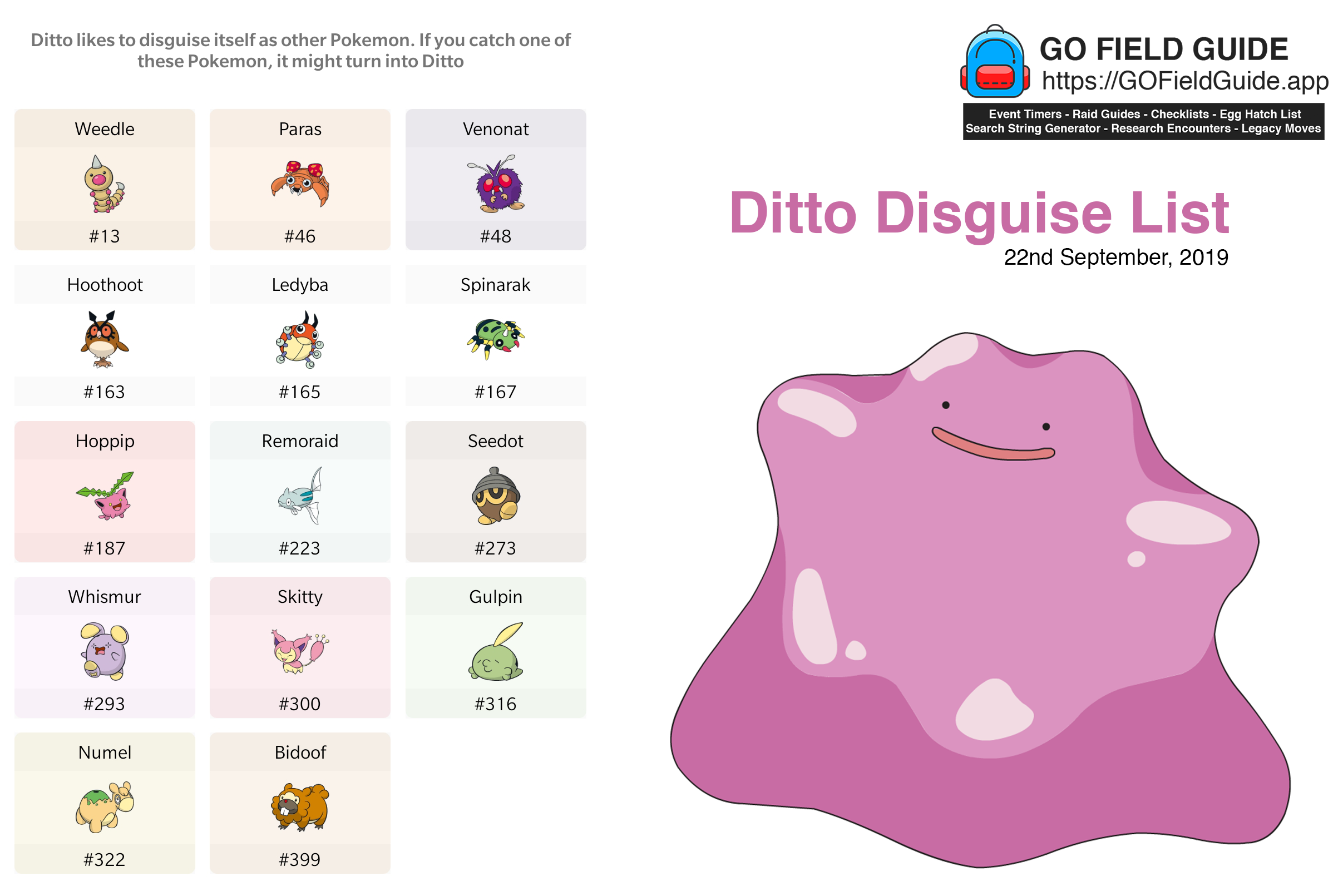