Community Day 5: Observations from Asia-Pacific’s and the Middle Easts’s Charmander The Community Day 5 have ended in Asia-Pacific’s and the Middle East region and the following things are observed.

Obviously, The first report confirms Dark Shiny Lizard, Apart from that many other things were observed:

Personal Views: It was a hard-luck for me as I was not able to attend the event from start, I attended the event when it was just 20 minutes left and that 20 minutes were totally worth it. I almost caught 18 Charmanders and out of that 2 were shiny. Even the catch rate was good, with the combination of Razz Berry and Great or Nice throw I was able to catch in a single throw. 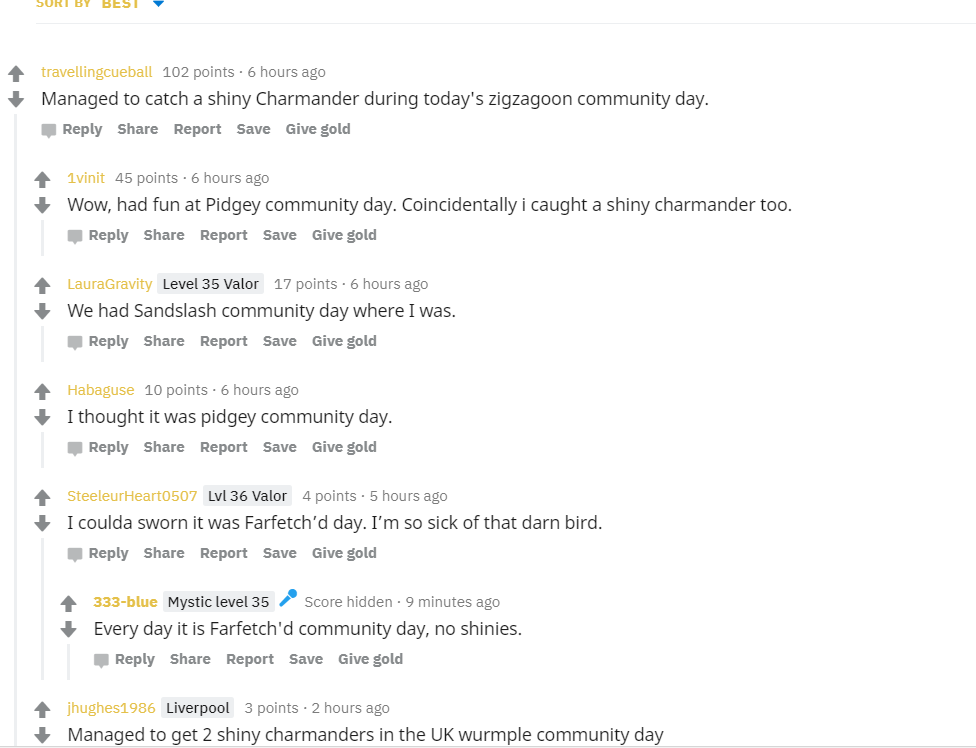 It is exciting to see that Niantic adapted the Field Research tasks according to the community day making it easy and quick opportunity to put their hands on very much needed items throughout Community Day.

Make sure you get a Charizard with Blast Burn. Blast Burn is the special move this month.

Make sure you use this search string to find the Perfect IV Charmander and evolve it.

For trainers whose Community Day has not yet started, we strongly suggest that you read the following guide